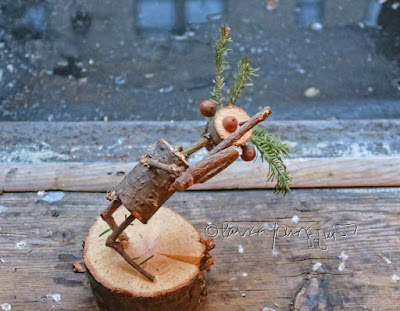 Welcome to the twenty-third week of my Tuesday's Truths series! Today also happens to be the tenth day of the twelve days of Christmas! And, if you are familiar with the song known as The Twelve Days Of Christmas, dear reader, then you probably recall that on the tenth day of Christmas, someone's true love gave to them these gifts: ten piper's piping, nine drummer's drumming, eight maids-a-milking, seven swans a swimming, six geese a laying, five golden rings, four birds a calling (or a colling or a coaling), as well as the gifts of three french hens, two turtle doves, and a partridge in a pear tree.

The photos (respectively) atop this blog entry feature a group photo-op of a piper piping with other members of his orchestra; as well as a solo photo-op. You can see he, as well as his fellow musicians, are made up from re-purposed parts of Christmas trees. (Please note I've indicated "my" piper piping by affixing an arrow to the image. It's the arrow on the right that is directed towards him. The  arrow at the left of this image indicates the drummer within this orchestra. He was also featured in yesterday's entry here on Blogger.)

In any event, as I mentioned in a recent posting here on Blogger, John R. Henderson, has studied the meaning behind the lyrics to the twelve days song, and has posted his findings on a web-page which he has titled the 12 Birds of Christmas. Here's what Henderson points out the giving of ten pipers piping on this tenth day of Christmas:

"We sing the song with the ten lords a-leaping, but originally it was ten pipers piping, at least in England. In earliest known variant found in North America, on the Tenth Day of Christmas, the true love sent ten Cocks A-Crowing. It's all the same, however. The English green sandpiper has a reputation for being noisy, excitable, loud, and shrill. Cocks, and to a lesser extent sandpipers, were legendary for being vain and arrogant, feisty, and sexually agressive. It was shortly after the broadside was published that the word "rooster" replaced "cock" in polite company in North America. That may help explain why we don't hear that version today. One explanation I've heard for this day is that it represents the Ten Commandments. That is not just silly, it is hilariously ironic. Can you imagine how many of the Ten Commandments might be broken on a day ruled by troublesome, brawling, lecherous, and loud noise-makers?"

While I've never seen an English green sandpiper, I've have seen a couple of sandpiper varieties (enjoying the shoreline of the Atlantic Ocean on this side of the pond) when I've been to Long Beach New York; as well as to a beach in New Jersey. The latter is where I encountered the Least Sandpiper variety (also known as Peeps).

Mr. Henderson's ideas have truly given me something to keep in mind the next time I see this adorable bird type, which hopefully will come in the near future! Meanwhile, the following photos of the feature the Least Sandpiper variety. 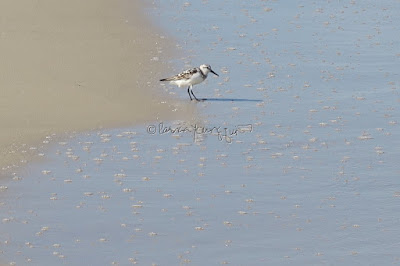 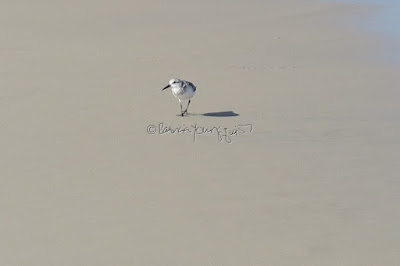 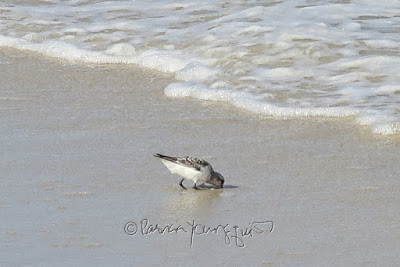 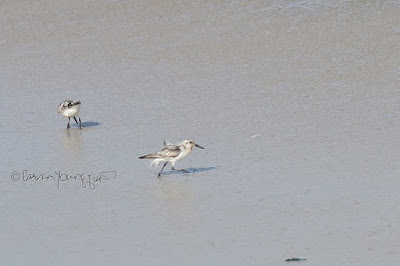 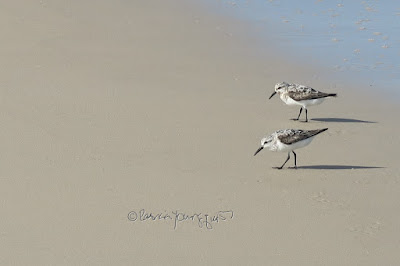 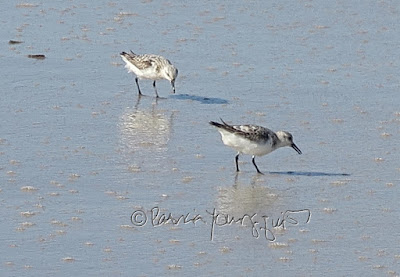 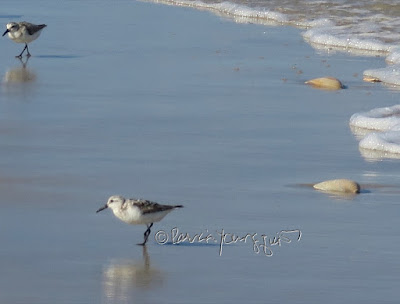 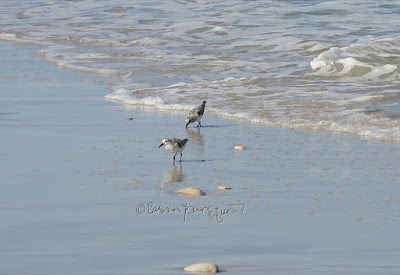 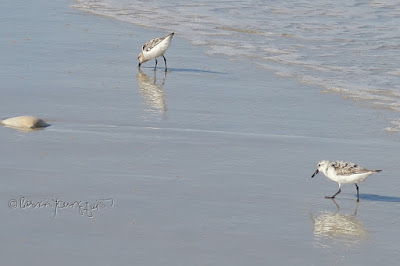 And there you have it dear reader, some truisms regarding ten pipers piping, as well as truisms re the bird type referenced in this lyric, with well wishes for a Happy Tenth Day of Christmas to you!
Posted by The Last Leaf Gardener