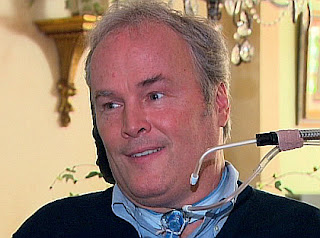 Today the city of NYC, where I live, hosted a funeral for Detective Steven McDonald. He died on January 10, 2017, at the age of 59, after suffering a massive heart attack that he suffered a few days prior. McDonald can be seen here in the picture atop this entry (it's from a web-page featuring a number of images of him).

Many New Yorkers, like myself, remember when McDonald was shot on July 12, 1986. The shooting left him a quadriplegic. However, the incident that left him paralyzed is not the only thing that many New Yorkers will remember about Steven McDonald. They will likely always remember how he forgave Shavod Jones, the boy (who was fifteen at the time), that shot McDonald.

Several accountings (including one that you may refer to by clicking here) state that McDonald maintained that he believed," the only thing worse than receiving a bullet in my spine would have been to nurture revenge in my heart. Such an attitude would have extended my injury to my soul, hurting my wife, son, and others even more. It’s bad enough that the physical effects are permanent, but at least I can choose to prevent spiritual injury."

A number of years ago, I happen to have had the opportunity to meet Detective Steven McDonald, at my then parish, The Church of the Blessed Sacrament. He came to give a talk on the power of forgiveness at a Lenten series that we were offering. It was very powerful.  May he rest in peace! And, may his widow, Patti Ann, and their son, Conor (who recently became a police officer) be consoled re McDonald's passing, and may they continue to thrive in their faith.

Email ThisBlogThis!Share to TwitterShare to FacebookShare to Pinterest
Labels: NYC, Steven McDonald, The Church Of The Blessed Sacrament