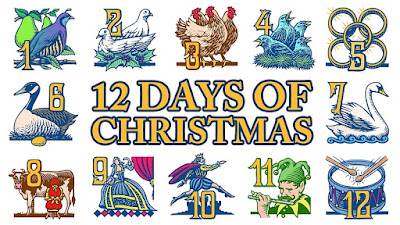 Welcome to the twenty-second week of my Tuesday's Truths series! Today also happens to be the third day of the twelve days of Christmas. This series of days is represented pictorially in an image atop my blog post and details re this picture can be found by clicking here.

According to a  Christmas-related web-page, "The 12 Days of Christmas start on Christmas Day and last until the evening of the 5th January - also known as Twelfth Night. The 12 Days have been celebrated in Europe since before the middle ages and were a time of celebration."

"The 12 Days each traditionally celebrate a feast day for a saint and/or have different celebrations: Day 1 (25th December): Christmas Day - celebrating the Birth of Jesus; Day 2 (26th December also known as Boxing Day): St Stephen’s Day. He was the first Christian martyr (someone who dies for their faith). It's also the day when the Christmas Carol 'Good King Wenceslas' takes place."

In honor of these facts,  I've included a You Tube video of a choir performing the carol.

Meanwhile, the first two days of the twelve days of Christmas for the 2016-2017 season have come and gone. It is now the third day of Christmas, and the aforementioned Christmas-themed web-page states that this day honors "St John the Apostle (One of Jesus's Disciples and friends)."

This web-page also proclaims that "The 12 Days of Christmas are now most famous as a song about someone receiving lots of presents from their 'true love'."

And indeed according to the song, on this third day of Christmas, someone's true love gave to them three french hens! This gift was preceded by being given two turtle doves (yesterday, the second day of Christmas or Boxing Day), and also proceeded by gift of a partridge in a pear tree (on the first day of Christmas, December 25th).

My Christmas is off to a bleak start, even though I've decorated my home (as evidenced by the following pictures, some of which you may recognize from my recent posts on Blogger). 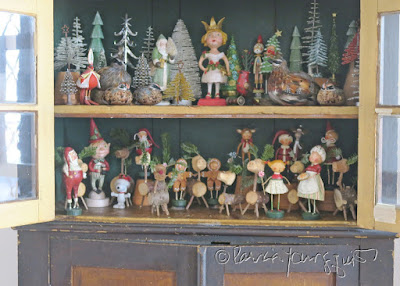 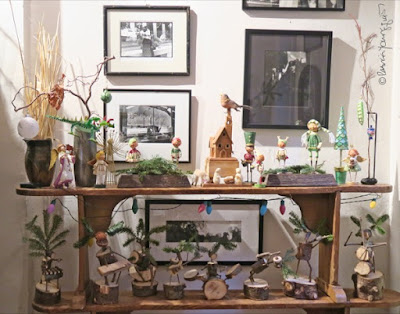 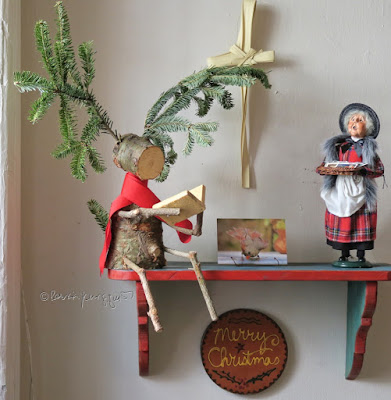 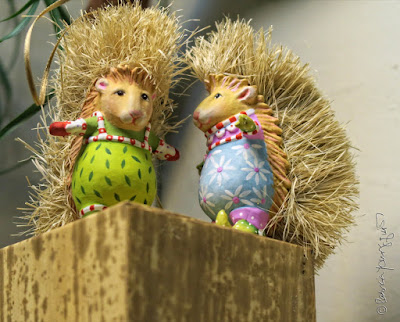 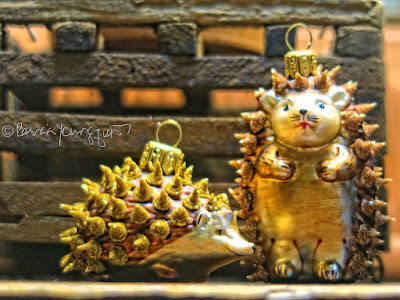 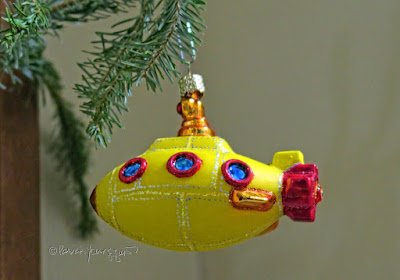 And I have also decorated my rooftop garden for the holidays (as seen in the following pictures, some of which you may also recognize from my recent posts on Blogger). 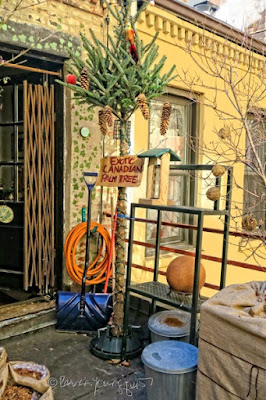 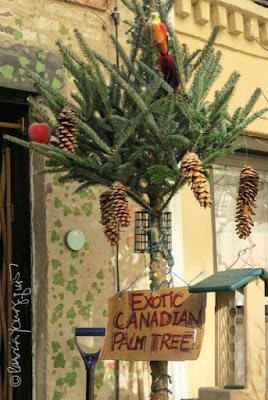 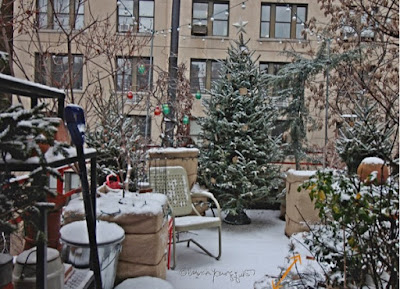 In spite of my decor, I still don't feel Christmassy. I've been under the weather physically and missing my true love, as he is still in a facility far away from where I live! Additionally, I wasn't able to meet with my chaplain friend (as I had planed to do this Christmas)! However, since this is at minimum a twelve day celebration, I pray to get together with him in the coming days; and I pray to have the opportunity to visit my convalescing true love.

In the meantime, members of the avian community have helped me in honoring these first three days of Christmas. On the day before the first day of Christmas, they gave me their version of a partridge in a pear tree. In this instance, the bird type was not a partridge, but a type of fauna who has yet to be identified. And unlike the partridge featured in the song for the twelve days of Christmas, my newcomer was not in a pear tree, instead he/she was in an Ailanthus tree that grows in the courtyard behind the building where I live, as seen in the pictures below. 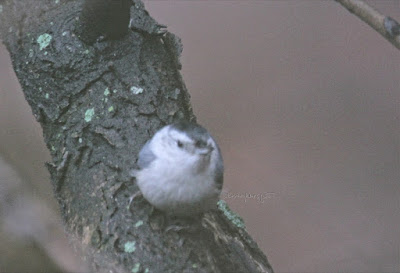 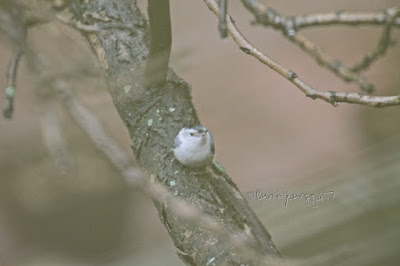 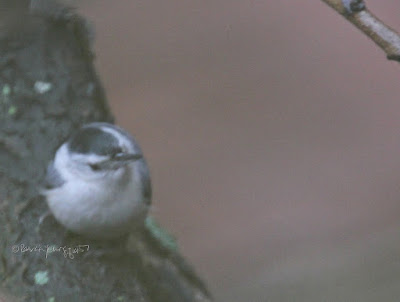 I'm still in the process of id-ing this creature! Normally I get very good pictures of birds because I have a long lens, but this guy/gal was far away even with my lens, and this is the best I could do! Plus I was trying to capture his/her image through a dirty window! He/she subsequently came to a feeder in my garden, but by the time I realized it, my camera was not in reach.

In any event, stay-tuned for this creature's ID. He/she still remains my first day of Christmas bird, an un-Id-ed bird in an Ailanthus tree. As for the second day of Christmas, when someone's true love gave to them two turtle-doves, my day was graced by a number of bird-types, however, none were turtle-doves!

In fact, the closest I've gotten to a turtle-dove was my encounters with mourning doves, a bird variety that has visited my urban garden for a number of years! A pair of them can be seen in the image posted directly below. 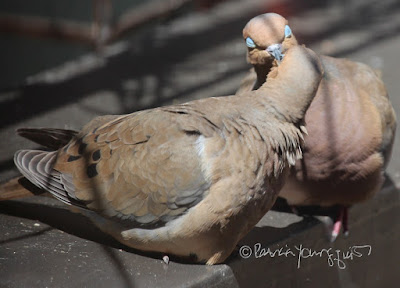 The image was taken a number of years ago and has been included in the iBook and ePub version of Cam's book, Words In Our Beak Volume One. 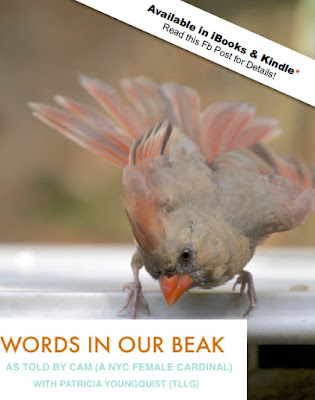 But getting back to the avian community's contribution re bringing me gifts (by their presence) for the twelve days of Christmas, on this third day of Christmas, instead of my being given three french hens (as the song would have it), I'm being visited by three types of house finches: female and male varieties as well as a lone leucistic house finch variety!

The leucistic variety (seen below) is a fairly new visitor to my place, and because of the nature of his condition (leucism), I was grateful to see that he's still alive, making it a wonderful third day of Christmas. 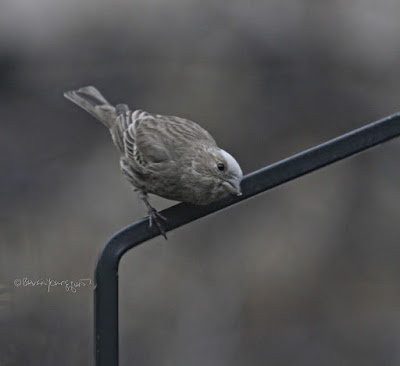 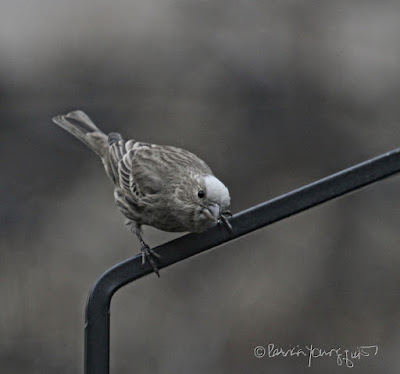 I adore all house finches; and Cam has included a number of pictures of them, as well as info on their antics within her book, Words In Our Beak Volume One.  However, at the time of it's publication, the fellow with leucism, had not visited my garden. Hopefully Cam and I can include him in subsequent volumes of Words In Our Beak.

Meanwhile, my usual house finch suspects have not only been included in Cam's book; images of them (from Words In Our Beak) are featured in my fauna-flora-insect-themed postcard collection. All of the cards are featured in a post here on Blogger as well as in a page on patricia.com

Additionally, the gift shop at The Raptor Trust as well as a shop known as More & More Antiques are  both carrying my cards. Plus (at the request of Alison McKay), I've sent a number of my postcards to the Bartow-Pell Mansion Museum for them to sell in their gift shop on a consignment basis.

Cam's book and my collection of fauna-flora-insect-themed postcards make a great gift any time, but especially during the twelve days of Christmas when one wants to show their true love!