It's Halloween: Eat, Drink & Be Scary! 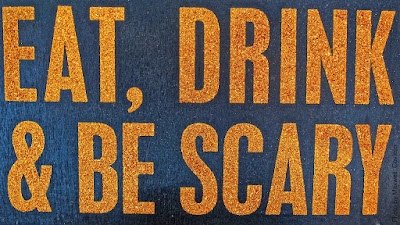 Halloween is here, the day to EAT, DRINK, &  BE SCARY! If you've been following my cyber venues over the past fifteen days, you undoubtedly have noticed that in addition to giving voice to the flora which grows in my urban garden, as well as the array of birds that visit it, I've been reporting on the antics of characters who've come to spend time with me for Halloween.

Some of these guys and gals have been visiting me for a number of years, and their scenarios have been documented in entries here on Blogger as well as tumblr, and on hometalk, under the following titles: Boo! Halloween in Both my Urban Terrace & Indoor Gardens,  Halloween Decor Indoors (mostly), Group B Wins The Coin Toss, Group A Wins The Second Coin Toss, Group C  Wins 3rd Coin Toss, Conclusion of Follow-Up Halloween Decor, Honoring National Pumpkin Day With a Contest in My Garden, and At Halloween and Always, Make New Friends, Keep the Old

And this year, a few newcomers have graced my home with their presence. They include a fellow who insists he's no mummy's boy, a few witches (one named Ms. Grim one who wears a yellow cape, one who calls herself Queen of The Night, one who has bat wings, and one named Annie McFanny). Additionally some newcomers have come dressed as OZ characters, one wearing a Winged-Monkey costume, the others dressed up as Glinda and Dorothy. Moreover, this past Saturday, a character dressed as a black cat stopped by with information on this type of feline's plight on Halloween.

Other newcomers here who have yet to be featured in any of my cyber-venue postings are as follows: Mr. Pinstripes, a young girl in a pumpkin cape, and some one dressed as a prisoner. 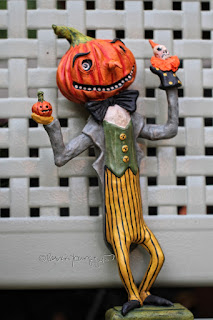 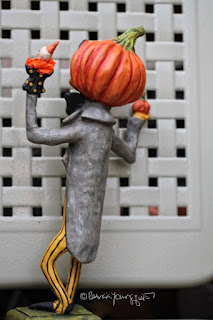 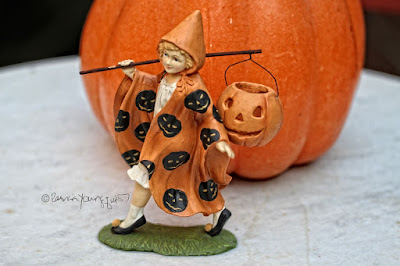 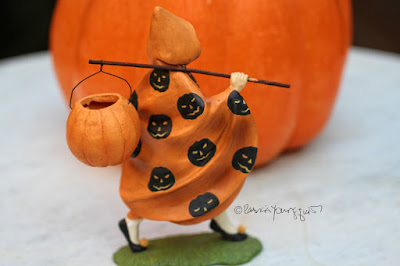 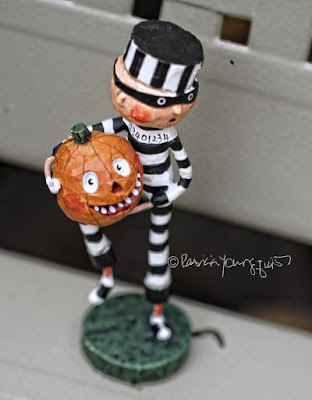 The latter of these individuals is usually here for Valentine's Day when he claims to be a Prisoner of Love.


The image directly below features him in my indoor succulent garden alone, and in the three images that follow his solo photo-op, he can be seen in my succulent garden with a would be gal pal during the time period of Valentine's Day. 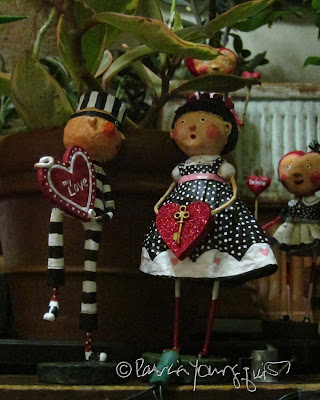 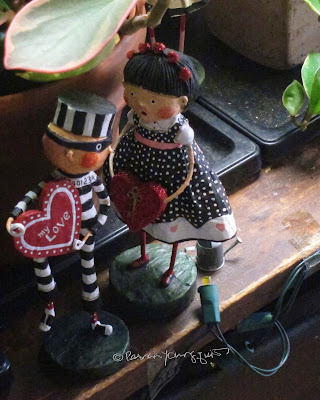 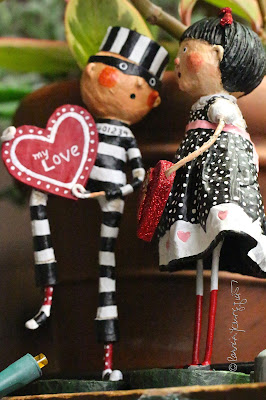 Like a number of the characters who visit me for a given holiday, this one who claims to be a Prisoner Of Love (and not a pumpkin thief), does not always confine his visits within the confines of my succulent garden. He does as the others do and makes himself at home in my main living area, either out of the armoire (photo one) or in it (photos two and three) as seen below. 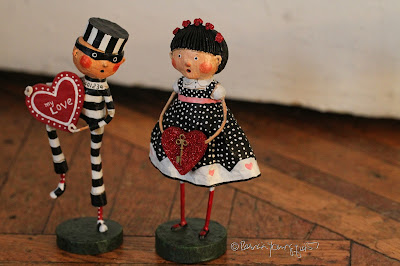 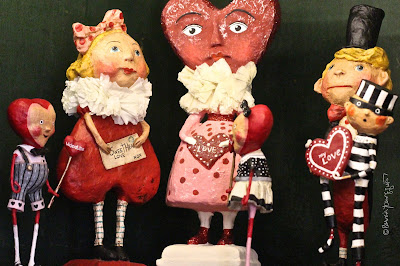 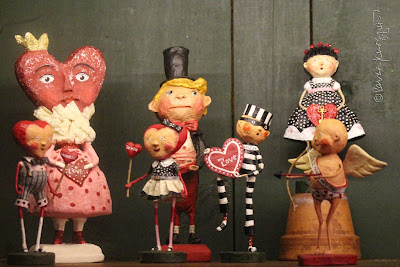 The Prisoner of Love disguised as a Pumpkin Thief for Halloween has shown what a true romantic he can be! He saw a shy couple about to tie the knot (pictured below). 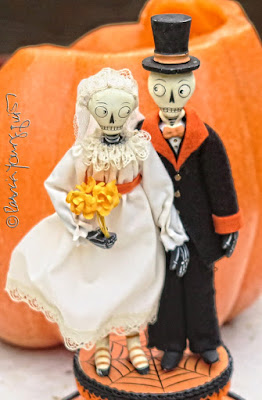 And upon seeing that no one was witnessing their bliss he urged a nursery that grows candy corn trees to allow the couple to exchange their vows there. He even persuaded a number of characters who have visited me for Halloween throughout the years, as well as a few newcomers to attend the ceremony. When a super hero heard of the event, he offered to protect the couple by watching over the event from above the tree tops! All of this can be seen in the following photograph. 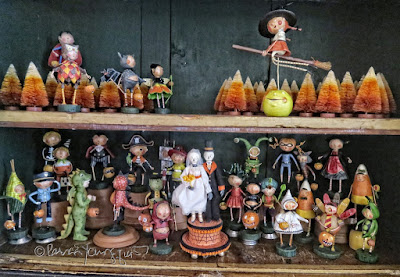 Everyone that attended (except for three) has been visiting me during Halloween in bygone years and featured in entries here on Blogger as well as tumblr and hometalk. Can you spot the three newbies? I've featured them in the following images, as they also deserve their close-up since that has been the opportunity for everybody else who attended this ceremony. 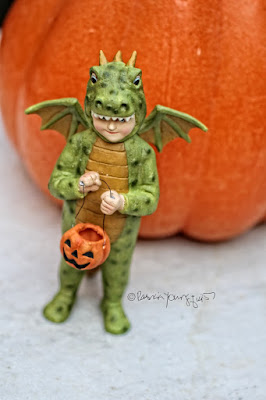 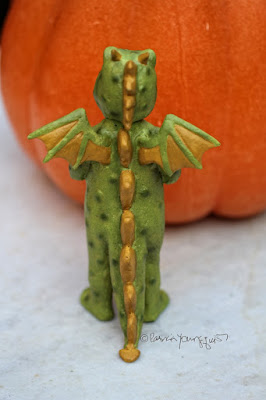 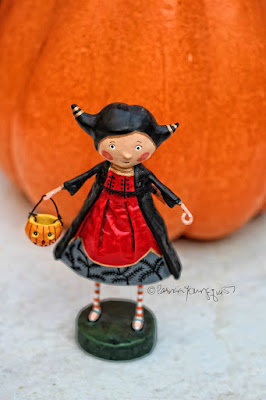 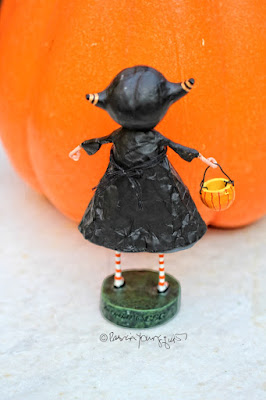 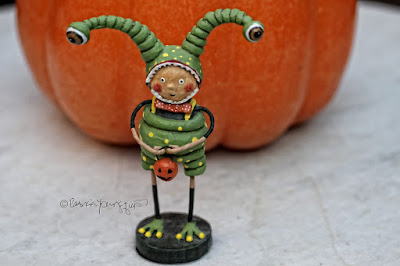 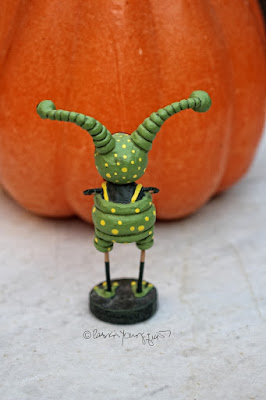 Each and every character join me in wishing you, dear reader, a happy Halloween, filled with treats! 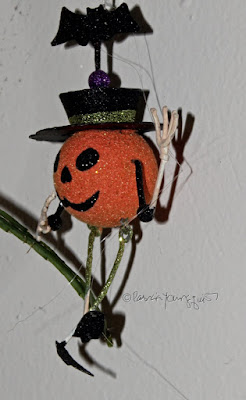