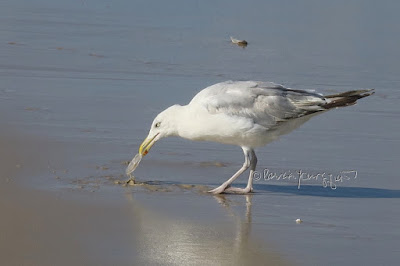 This is the sixth week of my Tuesday's Truths series, and three weeks ago, on August 2nd 2016, I described a truism of seagulls, the bird type pictured atop this entry. The seagulls I featured in that entry were ones I had met at the Atlantic Ocean when I was in Long Beach New York. The picture included here, was also taken at the Atlantic Ocean, but I met this guy/gal bird at Sea Side Heights in New Jersey. This beach is located within a New Jersey State Park. Friends had taken me there in honor of my birthday. Beaches in State Parks tend to be quieter as well as cleaner, and this beach was no exception. Still this bird managed to get a hold of a plastic lid and I certainly hope it didn't cause him/her health issues. 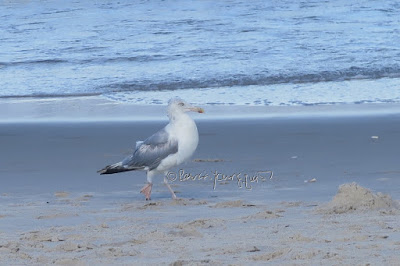 A seagull looked on as his/her comrade held the plastic lid in his/her beak. I left them to their own devices and strolled along the shoreline in search of sandpipers. It has been a long time since I've seen this sweet bird type at any beach, and I was happy to learn that sandpipers liked to gather in the Sea Side Heights area. And much to my delight I encountered throngs of this adorable bird type.

The following pictures show a few of them enjoying the beach. 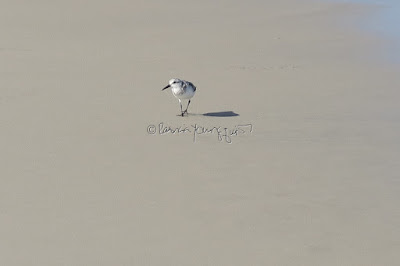 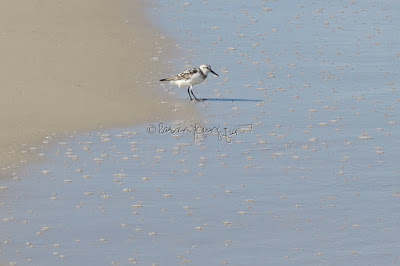 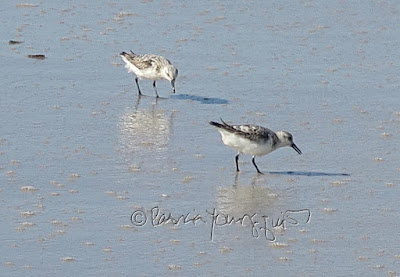 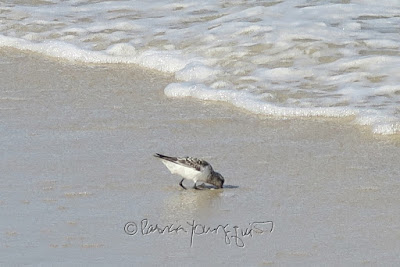 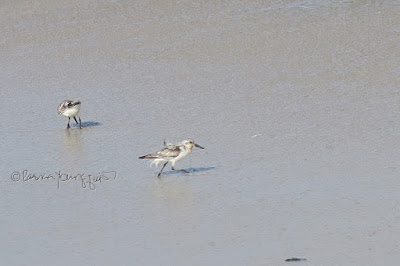 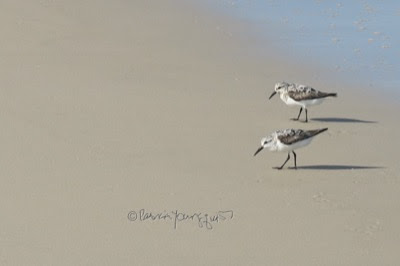 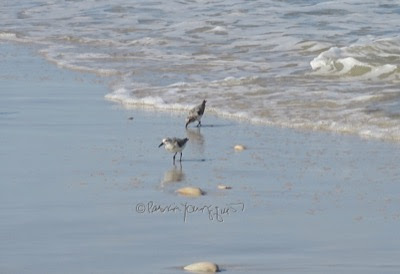 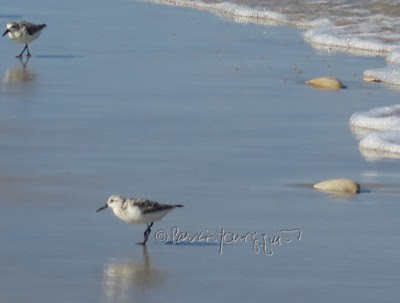 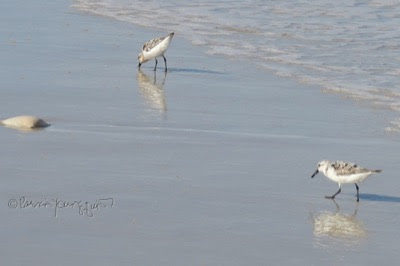 Learning about the Least Sandpipers caused me to be curious about the expression, "last but not least," and since today is Tuesday's Truths, I'll end my post on these peeps with a bit of info from The Phrase Finder re this expression.

"We know 'last but not least' best from its use in the theatre. In Variety theatre especially it was a commonplace part of introductions and that usage was presumably encouraged by the fact that the star turn invariably came on last. The origin of last but not least is uncertain - the first reference to it that I can find in print is from John Lyly's Euphues and His England, 1580." They go on to say,"I have heard oftentimes that in love there are three things for to be used: if time serve, violence, if wealth be great, gold, if necessity compel, sorcery. But of these three but one can stand me in stead - the last, but not the least'; which is able to work the minds of all women like wax."

Re this expression, Phrase Finder also states, "The idea, if not the actual phrase, may have been inspired the Bible, where a similar thought is expressed - in Matthew 19:30 (John Wyclif's version ), 1382, we find:
But manye schulen be, the firste the laste, and the laste the firste."

Phase Finder also reminds us that Shakespeare later used a version of the phrase in King Lear, 1605:
"KING LEAR (speaking)
To thee and thine hereditary ever
Remain this ample third of our fair kingdom;
No less in space, validity, and pleasure,
Than that conferr'd on Goneril. Now, our joy,
Although the last, not least; to whose young love
The vines of France and milk of Burgundy
Strive to be interess'd; what can you say to draw
A third more opulent than your sisters? Speak."