Tuesday's Truths Week One: The Construction of Young Starlings's Beaks Help Their Parents! 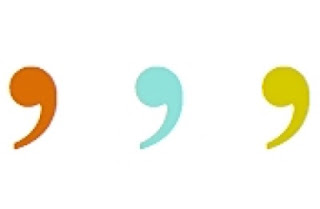 Those of you who have followed this blog over the years have probably discovered that I have incorporated certain templates and after a bit of time stopped using them, switched to another format, but have often wound up reverting back to what I started with. My behavior re this "process" reminds me of how Oscar Wilde once described his editing. Here's what he said: “I was working on the proof of one of my poems all the morning, and took out a comma. In the afternoon I put it back again.”

Today, Tuesday, July 19th 2016, I am returning to a posting feature I once provided in my blog during the years of 2011 and 2012. The feature I am speaking of is to designate a given day of the week for an entry topic. During the years of 2011 and 2012, I often designated Mondays as "Mondays Musings"; Wednesdays as "Wednesday's Wisdom", and Friday's as "Follow-Up Friday." I set aside Tuesday's for referring folks to my activity on tumblr and called those Blogger posts, "If it's Tuesday, it must be tumblr..."

Beginning with this Tuesday,  I will feature "Tuesday's Truths." These series of posts will provide an interesting fact about flora growing in my urban (NYC) rooftop garden and or an interesting fact re a member of the avian community who visits it. I was encouraged to return to this type of feature by Jenn G, a young woman who works in my hood (she drew the bird I've featured below). 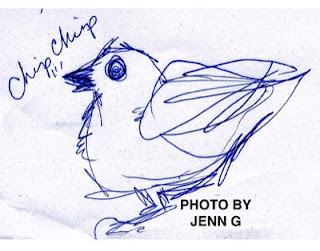 Jenn believes that folks are interested in fun facts and has encouraged me to share some of what I know, hence my new Tuesday thing. I'll start this new series with a fact that I've just about the bird type known as European starlings. One can be seen (in the images posted below) alighting upon the container which is home to the kiwi vines which grow in my garden. 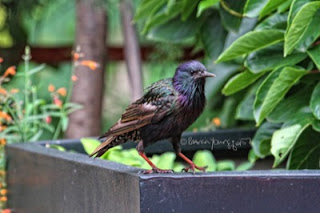 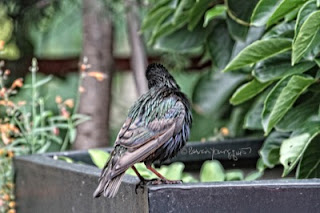 Some of you may recall, I was once criticized (by a stranger) for writing about this bird type. Be that as it may, I am continue to be fascinated by the antics of European starlings; and I recently discovered something I hadn't known about them, after placing a saucer of blueberries atop the table in my garden.
I had enjoyed seeing American Robins and Northern mockingbirds availing themselves of the blueberries (as they are doing in the images below and which I wrote about in prior entries here on Blogger). 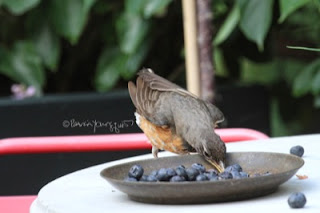 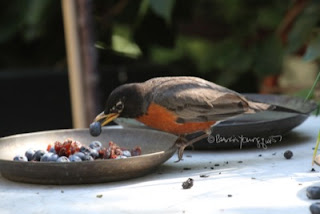 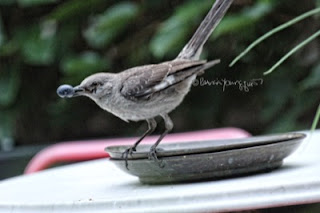 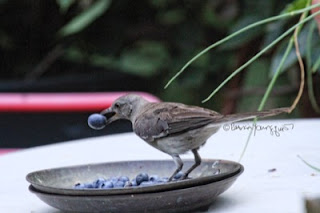 And I had also gotten great pleasure in seeing a young, independent bluejay nosh on this fruit (as he/she is doing in the following pictures). 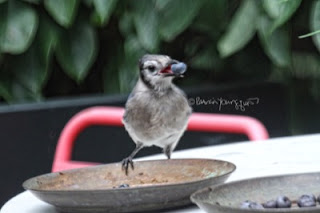 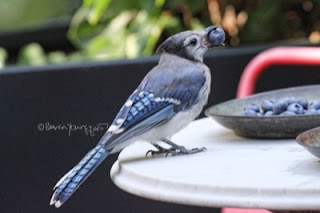 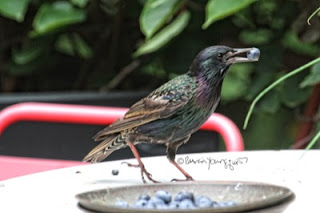 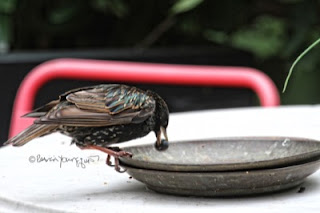 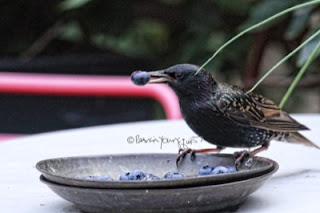 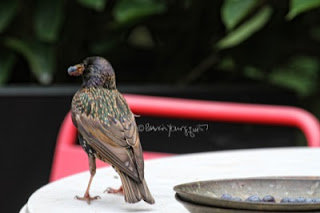 In the last picture within the series posted above, you can see that the starling is looking around while clutching a blueberry in the beak. And this fact brings me to the Tuesday Truth I wanted to share today! In the aforementioned image, the starling is facing my kiwi vines where his/her young one is alighting on the vines' branches waiting to be fed, as evidenced in the following pictures. 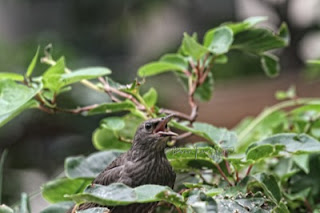 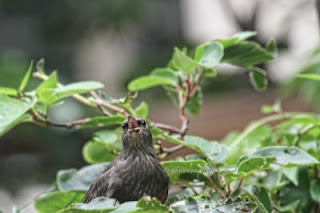 I had seen young starlings with their beak wide open while they were alighting upon my 'Tamukeyama' AKA Japanese Maple (an image of this are posted below.) 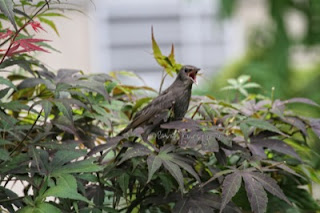 I've also seen a young starling alighting upon my 'Contorta' (Contorted Hazelnut); waiting to be fed. The following four pictures are a play by play of the young one with open beak ultimately being fed by his/her parent. 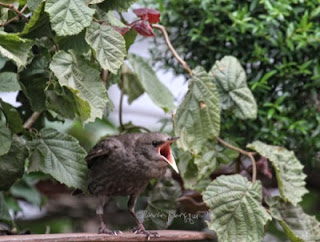 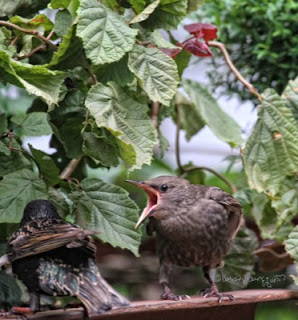 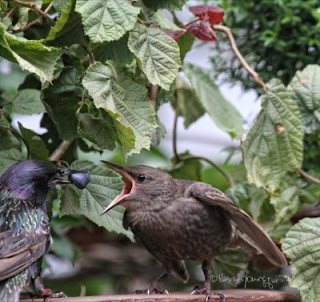 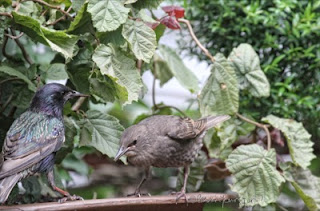 I've written a long "back story" in my coming to the Tuesday Truth — which is in the title of this blog post (The Construction of Young Starlings's Beaks Help Their Parents) — that I'm about to share; but, if you love birds as much as I do, I'm sure you found the details interesting — at least I hope so!

My Tuesday Truth is this: "Many baby birds gape, opening their mouths as wide as they can. Bright colors or even spots inside the mouth tell the parents where to put the food. Young starlings have bright yellow inside their mouths, a very wide gape and a loud, persistent call..."

I hope that my images of the open beak of the young starling in the pictures featured within this post illustrate this phenomenon that I've come to call "Tuesday's Truth."
Posted by The Last Leaf Gardener