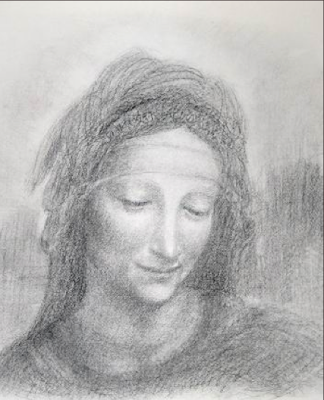 The image posted above today's blog entry is a screen shot of a pencil sketch of the beloved saint, titled Saint Anne after Leonardo Da Vinici , by an artist who calls herself Trish. (For information on this image or to view other works by the artist, please click here).

Saint Anne is the mother of the Virgin Mary, and grandmother of Jesus Christ, according to Christian religions; however, her name is not mentioned in the canonical gospels.

Among other things, Saint Anne is the patron saint of "childless couples", giving them "special aid in obtaining children", and, perhaps, she was instrumental in my sister and her husband's successful adoption of two Russian children, whose voices I "showcased" in a blog entry that I made about the use of "voice cards", which I made this past January (that you may hear by clicking on this link). Their adoption came through after much bureaucracy and heartbreak, which were both preceded by several futile years of unsuccessful in-vitro fertilization treatments.
My knowledge of Saint Anne is not nearly what it should be, given that Bella, the woman whom I have done volunteer work with for nearly eight years, had a sister whom was named for Saint Anne. Bella's sister died nearly eight years ago after a battle with pancreatic cancer, but for many years prior to her death, she did the volunteer work which I now do.

However, even though I do not know as much about Saint Anne as I should, I am aware that prayers seeking her intercession often begin with the salutation, "Good Saint Anne . . . ";  and I have also been (on a few occasions all of which were quite some time ago) to The Shrine of Saint Anne, located inside a Catholic church known as St. Jean Baptiste Church , which is on the Upper East-Side of New York City.

In the month of July, every year — for the past 119 years — beginning on the Sunday of the week prior to Saint Anne's feast day, folks come  to St. Jean's, "in the fervor of their prayer", from all over the world to participate in a novena dedicated to Saint Anne. This year's novena to Saint Anne, began on July 17th 2011, and it will end this evening, after many events throughout this day. The schedule for these can be found in the aforementioned link associated with St. Jean Baptiste Church.

I have recently read that Saint Anne, because, she is associated with fertility, has had her patronage extended to soil, and I was surprised to see the number of places on-line that offer Saint Anne soil, as well as Saint Anne soil treatments, although I have never seen these products in any of New York City's urban gardening centers — including ones located in the famed flower district.

However, as an urban gardener, my learning of Saint Anne's "relationship" to soil, is of interest to me. Soil, as you can imagine, dear reader, is of critical importance in any garden, but it is especially important in a container garden, such as the type of garden owned and tended to by yours truly.

Basic garden soil compacts really hard; therefore, water does not get through the roots properly. Since potting mix is compact, water penetrates more easily, which is crucial to me, for, as you may recall from previous posts (including one which you may read by clicking here), I water my garden by hand.

In any event, all bags of soil are cumbersome and heavy. Consequently, getting soil to my home via the New York City buses or subways (or often on foot), is no mean feat, and it is one similar to how I've described my bringing various containers, as well as my herbs, vines, plants, flowers, shrubs, and trees, into my garden, in a blog entry that I made this past June, which you may refer to by clicking here.

As I have done with both the things I grow in my garden, and the containers in which I place them, each bag of the soil I use is carried by yours truly up seventy stairs to my studio apartment where I have my terrace garden. Therefore, by my having filled over sixty-containers with potting soil, you can imagine that I got quite a work-out, but I am by no means complaining; what I glean from my herbs, vines, plants, flowers, shrubs and trees is worth every bit of effort.

Moreover, transporting is part of the deal in having a roof extension terrace garden like mine. Once upon a time, I met a woman who lived in a loft apartment on Sixth Avenue. Her apartment was very spacious, but, like mine, it was a walk-up.

During the years that I was acquainted with her, I did not have a garden, but now that I do, I think of her statement from time to time — especially when I bring heavy bags of soil, large containers, or even my larger shrubs and trees, up my stairs — but for the most part, I don't think about what I have carried. I am too absorbed in the beauty of the things that I grow to think of any "struggle" involved in my endeavor. Upon reflection on this morning's feast day, I am beginning to think that maybe even without my invoking Saint Anne's intercession in my gardening efforts she has been helping along.

However, I do recall that when I was in Italy short-durationed downpours of rain occurred almost daily during my vacation; and while rain is not often welcome when one is traveling, having seen the beautiful natural surroundings of the country causes me to realize why Italians might attribute rain as "Saint Anne's gift."

As for Germany's alleged take on July rain, and calling it Saint Anne's dowry, I had a similar feeling about the rain when it fell in New York  City yesterday — on the eve of Saint Anne's feast day —  the rain, much needed, broke the oppressive heat wave that has blanketed New York for the past several days — a condition I have referred to in recent blog entries which you may refer to by clicking here as well as here and here.

Often New York City Summer rain leaves the city even hotter than it was prior to the rain, but yesterday's rain, perhaps because it was a precursor to today's feast day, has, for now, left an amazing peace and calm throughout the city, and especially my garden as evidenced in a few of the many photographs taken during yesterday's rain, and they are posted below. 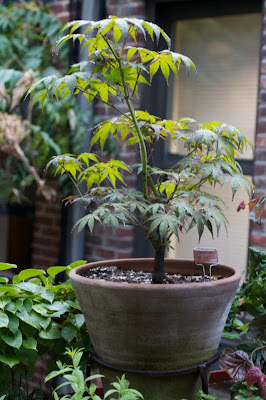 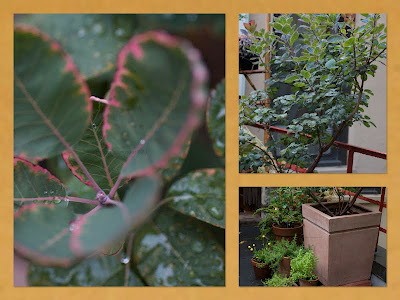 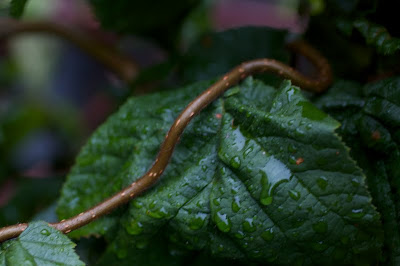 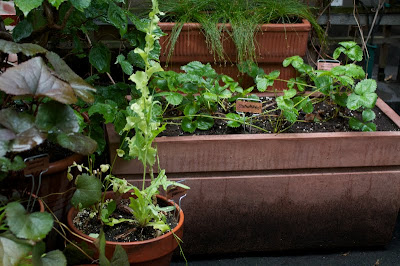 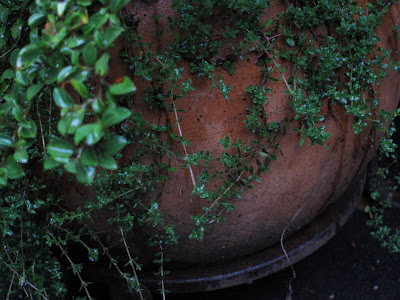 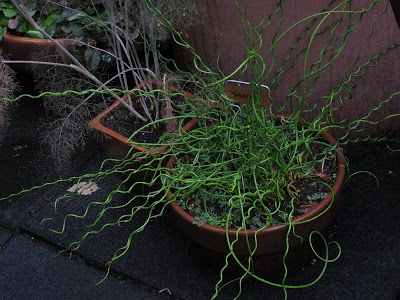