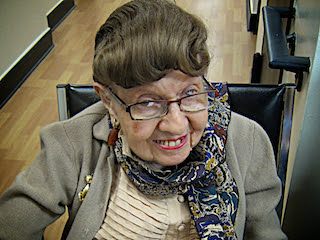 Today is Palm Sunday,"the sixth and last Sunday of Lent, and beginning of Holy Week",  which ends on Easter, a season that then lasts for fifty days, which this year will be June 12th 2011. Therefore, if you have not gotten your Easter cards for those near and dear to you, there is still time, so please take a look at the selections I have for this occasion in the store-front of my web-site.

The cards are lovely for Passover  too, which also begins this week, at sundown tomorrow, April 18th, 2011, and goes until April 26th 2011. Both of these holidays take a certain amount of spiritual preparation, and can catch one "off guard" when the holiday arrives, no matter what good intentions are involved in being ready to observe the holiday and extend good wishes to others.

For me, this last Sunday of Lent came quickly, and I confess I did not give up much of anything, which I discussed in a previous post so maybe that is why I felt a bit dry this Palm Sunday.

Be that as it my, as per my Sunday morning routine, which I have been doing since the year 2003, I went to the Seventy-Fourth Street Home (known as The Home) — an ecumenical assisted living center in the Upper Westside of Manhattan, to visit the homebound, and to assist with the distribution of Holy Communion. The woman in the photograph posted above is Mada, a delightful resident, and a true diva: always dressed in fine clothing with accessories and wearing full make-up (unlike yours truly who rarely dresses up and who almost never wears make-up even though I should).


I am including Mada today because she is the person who first mentioned (a couple of years ago during a cold month of April) the T.S. Eliot quote (about April being the cruelest month), the quote that I referred to five days ago.

Besides including Mada today, I am now pondering adding a weekly blog entry to The Last Leaf Gardener, where I will feature  a different one of the residents each Sunday. They are such a vital part of my life and thus an influence on my art work. I am sure that you, dear reader, might like to meet them (via my blog); however, I confess I am still working out the logistics of including such a feature in my blog.

Nonetheless, it seems appropriate to honor Mada, and  her contribution of sharing the April quote with me a couple of years ago — especially today, Palm Sunday. For, if truth be told, I don't see Mada on a regular basis (as being a "night owl" she often sleeps late which I also prefer to do whenever I get the chance), and so she often misses our "regular" Sunday morning services. But Mada was there today, ready to receive communion and ready to receive her palms.

However, today we had no hosts, and we could only offer palms; not communion. The reason for this was that there were throngs of people at the mass (where the hosts are picked up prior to coming to The Home) and the priest ran out of hosts.

The residents at The Home were good natured about their loss, and not surprised that there were not enough hosts to go around, for it is common knowledge that throngs of people do show up at mass on Palm Sunday; as well as Ash Wednesday: The "A  & P" Catholics.

"But I bet the church did not run out of offertory envelopes," a male resident quipped, and Mada laughed heartily, still basking in the fact that she was being recognized for her literary mind, and perhaps this made April not so cruel for her after all.
Posted by The Last Leaf Gardener